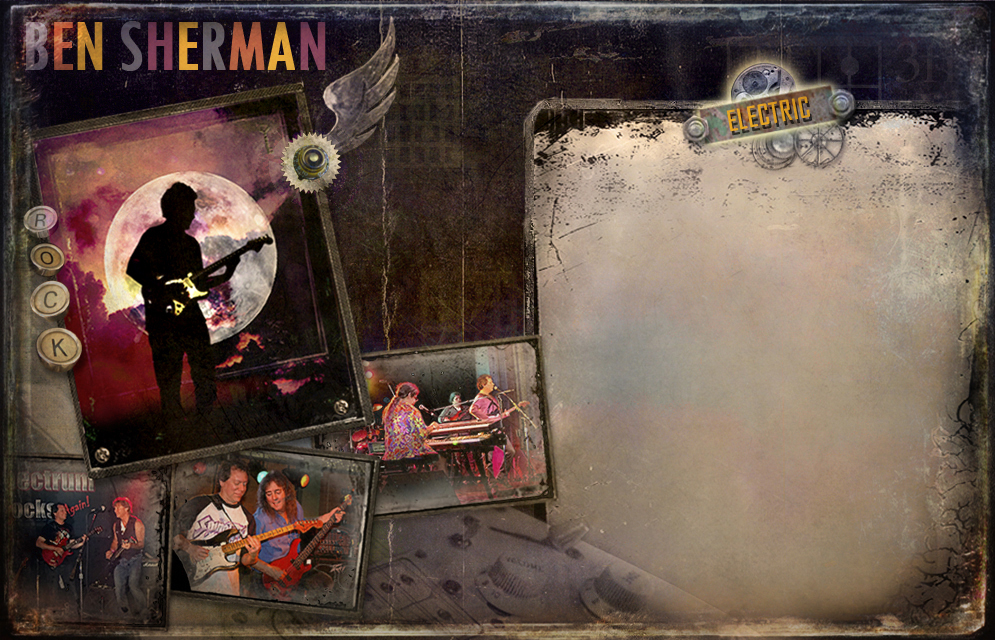 TECHNICOLOR MOTOR HOME
- A ten-piece band performing a full show of the music of classic rock legends Steely Dan. Some of the finest musicians in Maryland have been assembled to perform Steely Dan's sophisticated, jazz-inflected repertoire. Ben rises to the extreme challenge of re-creating the intensely complex guitar parts that are essential to the music of this great band. TMH has been named by Baltimore Magazine as best tribute band, and has won two Rammie awards for best tribute band.www.technicolormotorhome.com

SPECTRUM
- One of the top bands from the late 70s/early 80's Baltimore club scene returns. After 25 years apart, the band got back together in 2010 for several sold-out shows. It was a reunion of the band and its many enduring fans and friends, and a chance to re-live a unique time in the history of the local music scene in Maryland. More reunion shows are anticipated for 2016. Be a fan on Facebook

FREE-LANCE, AD HOC GIGS
- As part of a large community of local musicians, Ben has been involved in a lot of situations where a band was thrown together to fill a date, with no intention of creating any sort of ongoing commitment. Usually there is little to no time for preparation, and it takes everyone's talent and professional skills to make the gig work. There is often magic in the spontanous unplanned moments that inevitably occur when you bring people with vastly different backgrounds and personalities together to play without rehearsal and without a net. The Maryland area has a great abundance of such talent and Ben is honored to have played with a lot of them. Most recently, his partner in crime has been Dave DeMarco, an excellent bass player and singer (and drummer if called upon). Look for them on stage together whenever their schedules allow; they guarantee the only rehearsing will be an exchange of e-mails. Check Dave out at www.davedemarco.com